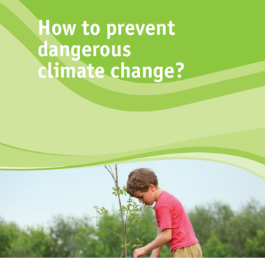 You already know that the amount of greenhouse gases in the atmosphere has been increasing very rapidly in recent years (Fig.3.1.1). The natural content of carbon dioxide in the atmosphere has varied in the last few hundred thousand years (which have included periods of interglacial warming and glacial coolings) between 180 and 300 particles of CO2 per million other particles. In 2013, the level of CO2 in the atmosphere exceeded 400 parts per million for the first time in at least 800,000 years. 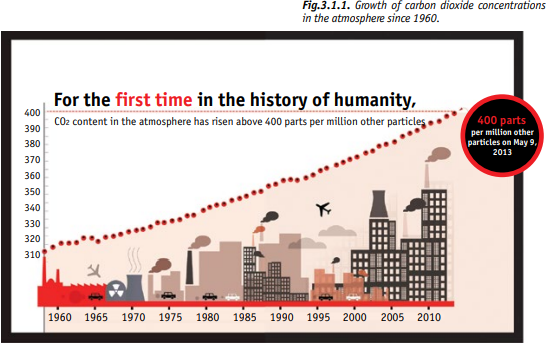 Everyone on the planet contributes to the current climate change by emitting greenhouse gases into the atmosphere year by year. We are the end-users of goods and services, the production of which requires energy, and energy comes mostly from non-renewable fossil fuels (oil, coal and natural gas). The production of goods and services accounts for 75% of all greenhouse gas emissions associated with human activities.

How can mankind reduce the concentration of greenhouse gases in the atmosphere? There are several main ways of doing this.

The first way is by switching to climate-friendly sources of energy. If we compare the different types of fossil fuel, the most environmentally friendly of them is natural gas.

But it is possible to produce energy without using fossil fuels at all. Since ancient times, people have used the heat of the sun, the power of wind and running water, and biomass. These are all renewable energy sources. Modern technologies make it possible to use them more widely.

The second way of reducing greenhouse gas emissions is to reduce our daily energy consumption, by inventing more fuel-efficient machines and changing our own habits.

The third way is to get plants to help us. Plants absorb carbon dioxide, so by reducing deforestation, by planting new trees people can reduce the amount of greenhouse gases in the atmosphere.