One might think that climate change would help agriculture in the northern countries. But a warmer climate is not necessarily better. If it gets warmer in regions where it was previously too cold to grow wheat, it will also get warmer in regions where there was already an ideal climate for agriculture, and more heat means less moisture. So it will become much more difficult (or impossible) to grow crops in areas where they have been cultivated for centuries and where specific traditions of agriculture have taken shape. 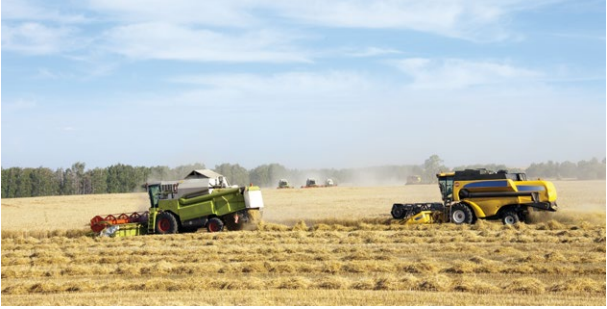 So the conditions for agriculture will become better in some places, but worse in others, and it is very difficult at this stage to predict the final outcome of such a ‘global shake-up’ for various countries.
It is important to remember that climate is not the only natural factor with impact on agriculture.
For example, one of the main cereal crops in North America, Europe and Siberia is winter wheat. Climate warming means that the zone with ideal climatic conditions for its cultivation will move to the north. But the soil in these new regions is not as good as in the regions where winter wheat is grown today. Improvement of the soil quality in more northerly regions will require much work and will be very expensive.

Climate change affects fruit and vegetable production. Stone fruits, particularly cherries, require chill hours to bear fruit. Too few cold nights, and the trees are less likely to achieve successful pollination and will produce fewer fruits. Unusually timed cold weather can be just as disastrous. In 2012, the cherry industry of the Michigan State in the USA lost 90% of its tart cherry crop after a late freeze.
Countries with temperate and more severe climates, such as Canada and Russia, could face another challenge in the form of increased competition between forestry and agriculture. Climate change will make it possible to turn over land now occupied by forests to agriculture, which could speed up the felling of forests. Even in areas where conditions for agriculture are borderline (in the extreme north of the agricultural zone), productivity from one hectare of land under crops is still greater than from one hectare of forest land. So much thinking will have to be done before new territories are turned over to agriculture.
Agriculture everywhere in the world will have to adapt to the new climatic conditions. Experts of the International Food and Agriculture Organization believe that crop yields in many parts of the world will decline after 2030 due to climate change. Forecasts indicate that the most serious consequences are likely to occur in tropical regions, where further reduction of rainfall is likely.
Increasing occurrence of droughts, floods and rainfall fluctuations in sub-Saharan Africa will make feeding the local population there into one of the major challenges of coming decades. World Bank experts calculate that an increase of average global temperatures by 1.5–2 °C and reduction of rainfall will lead to 40-80% reduction in the amount of land suitable for crops of maize, millet and sorghum in sub-Saharan Africa by the 2030-2040s. In Mexico drought is reducing the amount of land suitable for growing maize, which is that country’s main agricultural crop. 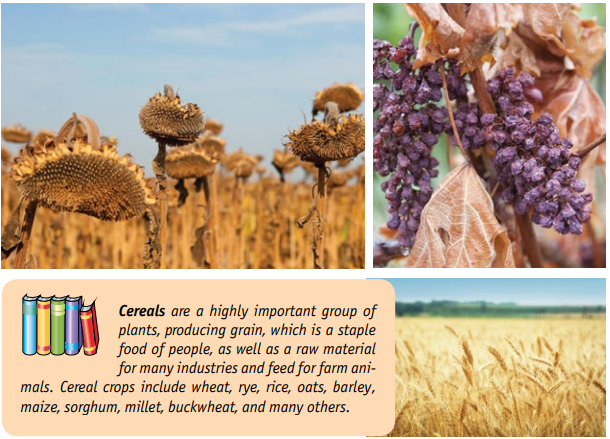 The principal cereal crop in South-East Asia is rice, which is mostly grown in the deltas of large rivers. As water levels rise in the ocean, due to the effects of climate change, low-lying sections of rivers are becoming salty, which may lead to loss of crops. Regions of Vietnam in the Mekong Delta, which is one of the world’s centres of rice cultivation, are particularly affected by the rise of sea levels. Even a 30 cm rise in the level of the ocean can reduce rice crops by 11%. 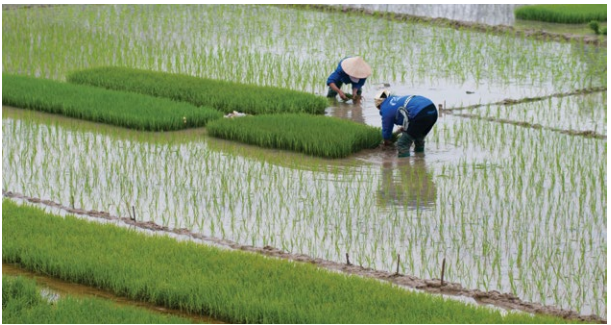 So agriculture is threatened by such effects of climate change as rise of temperatures, changing rainfall patterns, rise of sea levels (affecting coastal lowlands) and frequent droughts and floods, especially in areas that are prone to natural disasters. These changes are having major impact on agriculture, and food security is an increasingly serious problem. 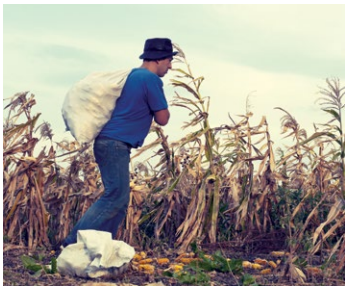 It should be remembered that agriculture is the main source of income for one third of all working people in the world. In some countries in Asia and Africa, more than half of the population is engaged in agriculture. Climate change not only reduces the
volume of food production, but also affects incomes from agriculture. This chain can be extended: if heat and drought means that food, in short supply, is prepared in dirty dishes by dirty hands and cannot be properly stored, such food then becomes a hazard to human health.

So even northern countries cannot expect climate change to bring benefits for agriculture, free of any disadvantages; and those who live in the temperate or colder climate can hardly expect to be growing oranges in the backyard in the near future. It is highly important to develop strategies that will help the agriculture and people who work in this sector to adapt to the possible impacts (both positive and negative) of climate change and avoid major losses.

1. What is the difference between spring and winter
wheat? Which is it better to plant in your region and why?
2. What cereal crops grow in your region?
Are they threatened by climate change?
3. Why do rising sea levels represent a threat for rice production in South-East Asia?
4. What is food security? Explain it using an example.
5. What percentage of people around the world
are engaged in agriculture?

With the help of your geography teacher, make a list of major crops that are cultivated in your region. Find information on the yield of these crops in your area in recent years. Is it increasing or decreasing? Have there been crop failures during this time and what were they caused by? Think how climate change might affect the yield
of these and other crops in your region. Could the new climate conditions make it possible to grow other crops? 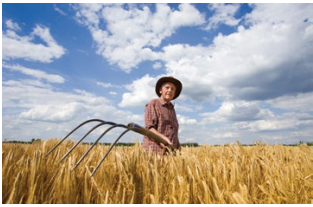