People often complain about the weather, but they hardly ever complain about the climate. This is one of the examples: “October extinguished itself in a rush of howling winds and driving rain and November arrived, cold as frozen iron, with hard frosts every morning and icy drafts that bit at exposed hands and faces.” (J.K. Rowling, Harry Potter and the Order of the Phoenix). Writers and poets don’t write about the climate. And it’s easy to understand why. You can see the weather just by looking out of the window. We have to deal with the weather every day. But the climate is something much harder to grasp. Everyone – from scientists to politicians and businessmen – talks about how the climate is changing.

When you get back from a holiday with your parents somewhere far from home, the first thing people want to know is how the weather was. But when you recommend friends to go on holiday in the same place, you will probably tell them: ‘The climate there is very good.’

So what is the difference between weather and climate?

So the weather is the momentary state of what we call ‘meteorological elements’, things that we hear about every night on the TV weather forecast: temperature, humidity, atmospheric pressure, cloud cover, etc. When it turns cold for a week in the summer and rains so hard that you don’t even want to poke your nose out of doors, that’s bad weather. 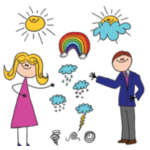 For example: summers are hot and dry, while winters are cool and wet with very rare snowfalls. That is a brief description of the Mediterranean climate. As Mark Twain very well noted, ‘climate is what we expect, weather is what we get’. You can’t see the climate just by looking out of the window!

The main features of climate are:
• air temperature and its change depending on the season;
• the amount and the time of precipitation (rain and snow) during the year;
• how air masses move;
• prevailing and other winds. 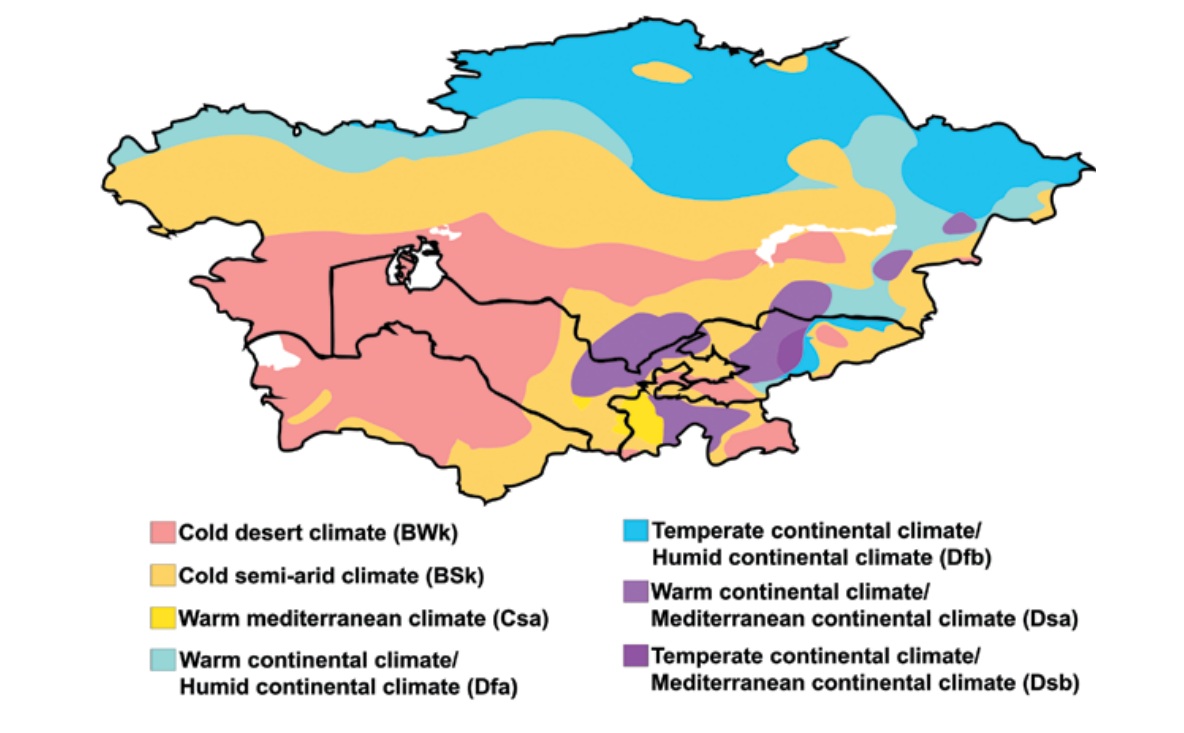 Observation, study and forecasting of the weather is the subject of a special science, called meteorology. The science that studies the climate is called climatology. 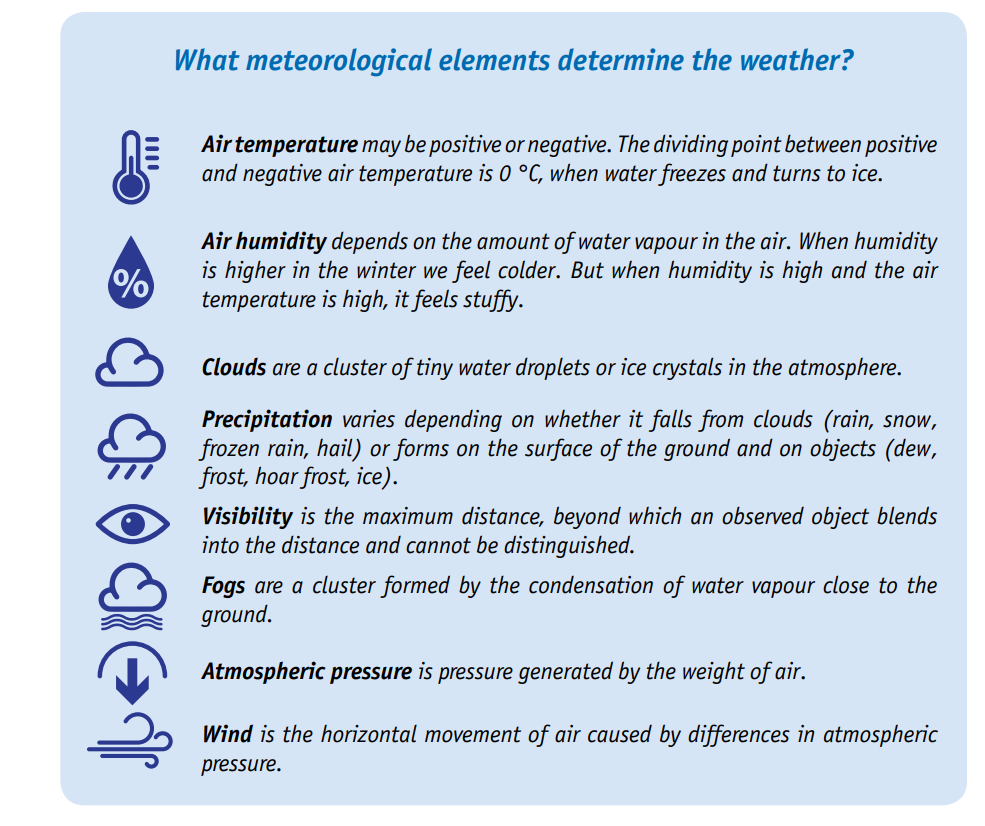