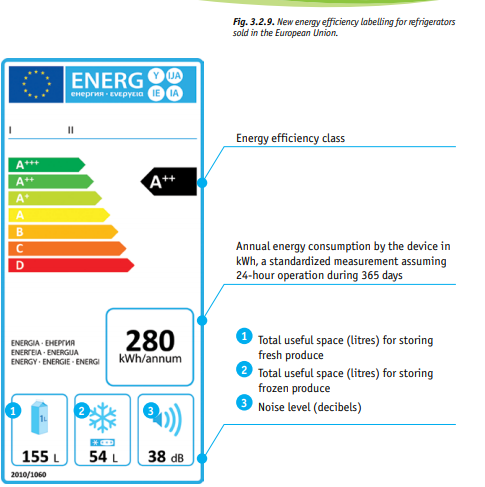 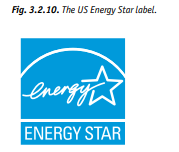 Energy Star is a system of energy efficiency certification, which was developed by the US Environmental Protection Agency (EPA) in 1992 for computer monitors with low power consumption. Monitors that meet certain energy efficiency criteria have the right to bear the Energy Star label and as many as 98% of all computers today do so. Use of the label has been extended, so that 65 other types of goods, from appliances to buildings, are now assessed using the Energy Star system (today in the USA more than 1.4 million buildings and over 20,000 factories are Energy Star certified). In 2002, the Energy Star   programme enabled Americans to reduce greenhouse gas emissions by 53.5 million tonnes of CO2 (equivalent to the annual emissions of 14 million cars) and to save 5.3 megawatts of electricity, worth 7 billion US dollars in total. By 2012 reduction of greenhouse gases thanks to Energy Star had risen to 254.7 million tonnes.

An energy efficiency label doesn’t just tell the consumer about the energy efficiency of a device, but also about what it can do. After all, the main task of a washing machine is to wash and rinse clothes, and its ability to save energy is secondary, though important. In recent years consumers have been increasingly keen to choose devices and technologies that not only do their job well, but also use less energy and resources and thereby save the consumer money (Fig. 3.2.11).

The impact of an electrical appliance on human health is at least as important as its energy consumption. We also have to remember that such side effects might not be immediately evident: health hazards from new inventions might only be detected after some time. The discovery of such problems doesn’t mean that a new technology cannot be used: a design improvement might be enough to put the problem right. But we must approach new technologies carefully: without prejudice, but with caution.
For example, a new device that has recently gained popularity is the induction cooker, which is very easy to use and very economical in its consumption of energy, since it only heats the bottom of the pan and not the whole space around it. However, the impact of eddy-current magnetic fields on human beings has not yet been properly studied.